The ABC's of ABC 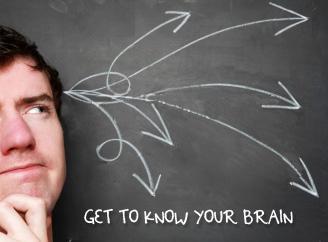 This fact sheet is designed to educate you on some of the basic terms you will hear while you or your family member receives treatment at Acuity Brain Center. There are many resources available to improve your understanding of the following terms. Please do not hesitate to ask for assistance. The staff at Acuity Brain Center is ready to help you address any of your brain health needs. Thank you for choosing Acuity Brain Center!

Brain Waves – Brain waves are the measurable, electrical signal given off as a result of brain activity. Brain waves occur at varying frequencies with some waves being fast and some slow. At any one time and at any one brain location, all frequencies of brain waves may exist. There are, however, dominant brain wave frequencies at a given brain location. In a given person, it is expected that different brain regions will be operating at different frequencies at a specific point in time. For example, a person’s frontal lobe will typically be operating at a faster frequency than their occipital lobe. This dominant frequency will vary from person to person. Further, a person’s dominant frequencies can change depending on a number of factors. Some of those variables include a person’s emotional state, level of concentration, arousal level, dietary influences, medications and supplements.

Quantitative Electroencephalogram (QEEG) – The QEEG is the evaluation tool used to measure the brain waves. The equipment is similar to that used to measure brain waves and search for “seizure spikes” in persons with epilepsy (EEG). The equipment consists of a cap lined with sensors, which is placed on the patients head, as well as an amplifier and a recording device. The process is not painful and takes about an hour to complete.

Delta, Theta, Alpha and Beta – These are the classic names for the waves measured by QEEG from slowest to fastest.

Hertz (Hz) –The speed of the waves is measured in cycles per second. One hertz means only one wave occurred during a full second of recording.

Delta Waves – (1-3 Hz) Delta waves are the slowest of the brain waves. Our brains have increased delta waves when we are asleep. They can occur when we are awake as well and would typically be associated with very low arousal state.

Theta Waves – (4-7Hz) Theta waves are slightly faster than delta waves. In a theta state one can be very relaxed, in that space between awake and asleep. If someone was having a lot of theta present during the day one would feel spacey or dream like.

Alpha Waves – (8-11Hz) Alpha waves are associated with a relaxed or idle speed. In an Alpha state the brain is waiting to respond.

Beta Waves – (12-20Hz “good beta”, 21-30Hz “high beta”) Good Beta waves are “fast waves” that are present when someone is focused and engaged in an activity. Though High Beta Waves are normal while active and alert, they can also be associated with increased levels of anxiety, hyperactivity, or impulsivity.

Biofeedback – Biofeedback is a form of training that teaches self-awareness and control of certain body systems. By “feeding back” to the patient information about heart rate or breathing, patients are able to learn to control their physical state. Biofeedback is commonly used for anxiety, phobias, insomnia, pain and performance anxiety.

Neurotherapy (Neurofeedback)– Neurotherapy is a form of biofeedback that uses brainwaves, instead of respiration or heart rate. The training utilizes coaching, continuous feedback and practice to retrain the brain to use healthier brain waves. Through this process, symptoms can be decreased.

Operant Conditioning – Operant conditioning uses reinforcement to cause a behavior to occur with greater frequency.

Office Hours
Get in touch